Carlos Orozco Romero (1898-1984) had an important role in defining Mexican art. Born in Guadalajara, Jalisco, he began his career during his youth as a caricaturist and illustrator for a newspaper. His ability to artistically render images on paper won him a scholarship to study art in Spain for a few years while in his early 20s. Upon his return to Mexico he worked as an engraver and painted several murals throughout Guadalajara. In 1928, at age 30, Orozco Romero exhibited his work for the first time in Mexico City. This exhibit in the capital city marked the point at which he transitioned from a caricaturist/illustrator to a painter. 1928 was also the year Orozco Romero, along side Carlos Merida, began directing la Galeria de Bellas Artes in Mexico City. During his tenure in Mexico City Orozco Romero developed friendships with Rufino Tamayo and Maria Izquierdo. Carlos Orozco Romero, and other artists, including Izquierdo and Julio Castellanos, were all drawn to surrealism, the painting of a fantastical reality. Orozco Romero's highly original landscape paintings of the 1940s exhibit this interest in the marvelous; they present a world where cool shades of blue and gray predominate. Such landscape paintings and other surrealist works by Orozco Romero's contemporaries created a decisive break from the current of social realist art that had taken Mexico by storm. Orozco Romero's monochromatic landscape paintings were an attempt to agitate and awaken the spirit of the viewer. He simplified the forms, painting silhouettes of mountains that cross the high plateaus of Mexico, in order to transcend the natural and evoke the spiritual. It was Carlos Orozco Romero's interest in breaking from the tradition of social realism and public arts, that had all but consumed Mexico up until this point, that defined him as an important and innovative Mexican artist. It was the beauty of his canvases that made his works widely appreciated and treasured. 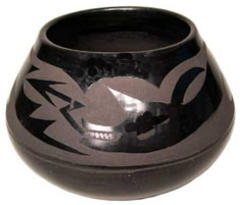